I’m not the first to become a bit tired of shooting pretty pictures every night. Maybe it’s just I’m not too self-demanding, but I can only make so many pictures with the same telescope and camera. 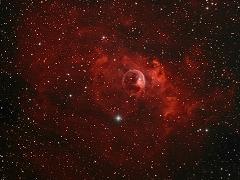 Looking for something else to do with my time and equipment, I decided to give a try and capture an exoplanet transit. It helped my son chose this as his high-school research project. Once he ended, I started by myself.

So far it’s being quite an adventure.

I use the exoplanet transit database (http://var2.astro.cz/ETD/index.php) to look for a suitable transit. For any given night, I choose the one occurring higher, and with the most delta magnitude. Seems 0.02 magnitude is around what I can aspire to get with my 102 mm TSA and my CCD.

Before chasing exoplanets I only shooted east – so I had the pier flip issue totally neglected. This chase has implied the purchase of a new telescope (mount, actually) controller, as my old Vixen Sky Sensor
2000 didn’t do it without finger assistance; a real pity for an otherwise great device!

So I got Sitech’s Servo Controller (great!) and managed to get the mount to stop peacefully a few minutes after the meridian.

After some more struggles with the software, I settled using Voyager (also great!), as it is very solid, and has specific research/exoplanet configuration.

Now I can start shooting low in the east, and continue, pier flip included, for the whole night. So only getting good data is needed now, and it’s proving difficult.

The next morning I check all images, discard the worst ones, and align them all in Maxim DL. Then, using the photometry tool (still Maxim DL).

I select the star (there’s a finder image in the ETD), and a close-by star, similar brightness, as reference: 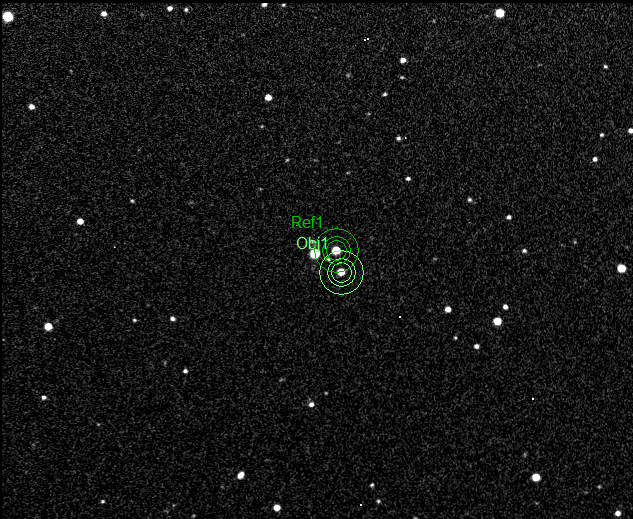 Then check the graph, and… basically despair. This is the graph from my last attempt; in my defense, there were clouds clearly visible in the images, but even so, I expected better: 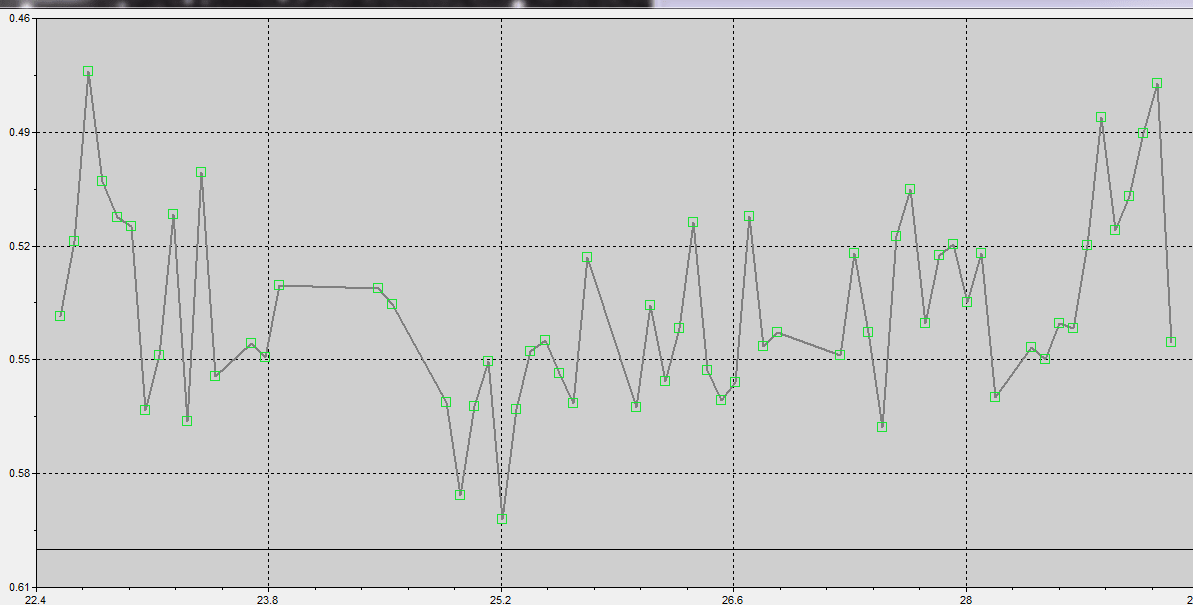 The minimum matches, in the time, expected, with the transit, but one has to be optimistic to find anything amongst the noise there!

My next step is replacing the TSA 102 with my venerable Celestron 11. That should make the photometry much easier… if I manage to point and guide the beast. With a small OAG, fun is guaranteed.